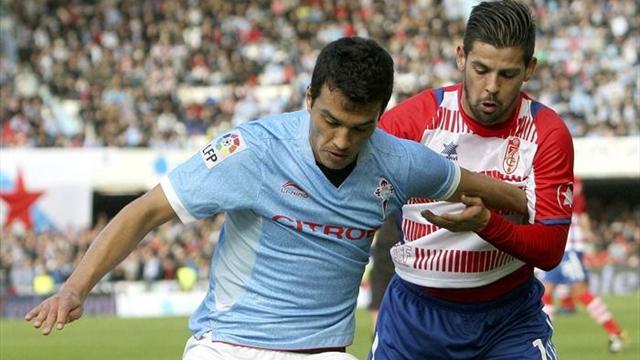 This weekend, big Arsenal legend Tony Adams takes charge of Granada for the first time. Parachuted in to help save their season after being at the club for a period of months in the background, Adams displayed a perfect impression of Mike Bassett: England Manager in his first press conference. The fact that he has Nigel Reo-Coker and Kieran Richardson on trial should let Granada fans know what the rest of the season has in store for them.

Granada last picked up all three points when they are wat home to Alaves, back at the start of March. Thankfully for them, this weekend’s opponents, Celta de Vigo, are in poor form themselves.

With just 2 wins out of their last 6, Vigo have been using their European jaunt to take away from the fact that the bottom has fallen out of what looked to be a highly promising season. The major problem with Granada, though, is that they love to concede. They’ve been shambolic at the back this season, and even a team as low on form and quality as Celta could come through this one relatively unscathed.

Granada are a side that has, at best, three players who are La Liga level. Andreas Pereira is one, the youngster from Manchester United with a huge amount of talent. Other than him, though, you would probably look to Mehdi Carcela, or perhaps Mubarak Wakaso (although that is highly unlikely for the long-term) as players who could cut it at the top level. As such, they have a squad that is woefully unprepared for what is to come.

Celta, though, rely entirely on Iago Aspas to get goals. Next up for goals was Giuseppe Rossi, who just done his left knee and is probably close to retirement. Aspas has 16 in the league, while Rossi has just 4. As such, there’s very little to suggest that either side has much firepower.

The lack of quality from signings such as Adrian Ramos makes it hard to see the home side come out of this one with anything resembling a positive result. The only saving grace for surely-doomed Granada stems from the fact that Vigo are entirely dependent on Europa League for entertainment, now. They will likely rotate heavily this weekend with guys like Jozabed getting a rare run out.

We’re calling this as a score draw, which really does nothing for either side