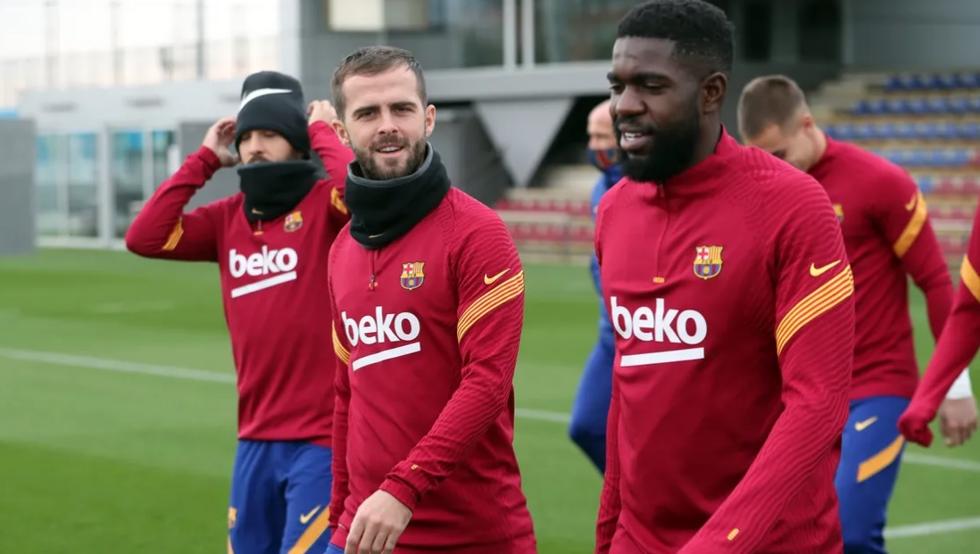 For most players, arriving at a club the size of FC Barcelona would feel like the apex of a career. Years of hard work and sacrifice paying off as a player gets to wear one of the most famous shirts in sport. However, not every player makes it in Catalunya. This has become more apparent in recent years, as numerous short-term decisions have left Barca with a bloated squad that lacks any kind of natural balance. This has led to various players being linked with exits as returning club supremo Joan Laporta looks to rebuild the entire club.

Alongside Manuel Alemany, the duo are setting about a wholesale change of the clubs playing staff. With huge cuts needed simply to register free agent signings and bring back Lionel Messi, Barcelona are expected to commit to moving on first-team talent for a fraction of their squad value. Two players who are expected to leave this summer without much of a fee collected, then, are two experienced stars. The first, Miralem Pjanic, has endured a tough single season in Barcelona. Samuel Umtiti is a long-term Barca player who has suffered from various injuries, and is essentially available on a free transfer for any club willing to take the risk.

The club is expected to commit to several key first-team players leaving this summer, with very few seen as untouchable. Only club cornerstones of the future such as Frenkie de Jong and Pedri are seen as totally untouchable. Even young stars like Ilaix Moriba and Ansu Fati are seen as players who could be sold to make space for a new raft of free agent arrivals.

Salary cap regulations in La Liga are forcing Barcelona into some very interesting decisions this summer.

Chelsea are eager to get a football star Callum Hudson-Odoi off the books this summer. And a transfer to Catalonia could be just what he needs to revive his career.

What happens with Miralem Pjanic and Samuel Umtiti?

The club are keen to make the exits as easy as possible for buying clubs, with club president Laporta saying: “Above all we respect our players. We do this by talking to them honestly, clearly and directly. They are two players who had little prominence last season but who have worked very well this pre-season.”

Alemany was similar in his messaging, noting that: “All Barcelona players know their own situation. These two [Pjanic and Umtiti] are prestigious and know the coach’s opinion and the possibilities they could have this season. With due respect, and with their agents, we’re running the rule over possibilities for letting them go. They’re the first ones interested because they want to be guaranteed to play wherever they go.”

Pjanic, 31, is expected to move on after arriving as part of a part-exchange deal that sent Arthur Melo to Turin. Now, it looks like Barcelona will give up Pjanic for next to nothing purely to clear wags from the bill. Umtiti has suffered injuries galore in his time at Barcelona, and now looks set to move on as the club starts to form a new generation of first-team players and star names.