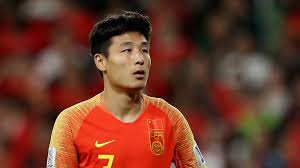 The modern world of football has certainly changed the way that signings are made. More often than not, signings from obscure but lucrative parts of the world often come with a certain cynicism attached. When Espanyol completed the signing of Chinese international Wu Lei at the end of January 2019 from Shagnhai SIPG, there was natural doubt about just why the signing was made.

However, despite an excellent goalscoring record from wide areas in the Chinese Super League, Wu Lei is very much a better player than many imports from Asia. A hero back home, his 63 international caps mean that this is more than just a punt. However, Espanyol will hopefully see the impact of the signing on the pitch as much as off it: approximately 40m people tuned in from China alone to watch the Chinese Player of the Year take to the field.

Given the fact that so many players move to China for massive fees, the fact that Espanyol have landed a €2m international looks like great business. Even ahead of many of the imported names into the league, Wu Lei has long been seen as the star turn of the league – and his move to Europe feels entirely deserved.

Chen Yansheng, the owner of Espanyol, was keen to pick up a big name signing from his homeland. With the investment in the 27-year-old bringing massive interest back home and abroad, it already looks like it could pay off.