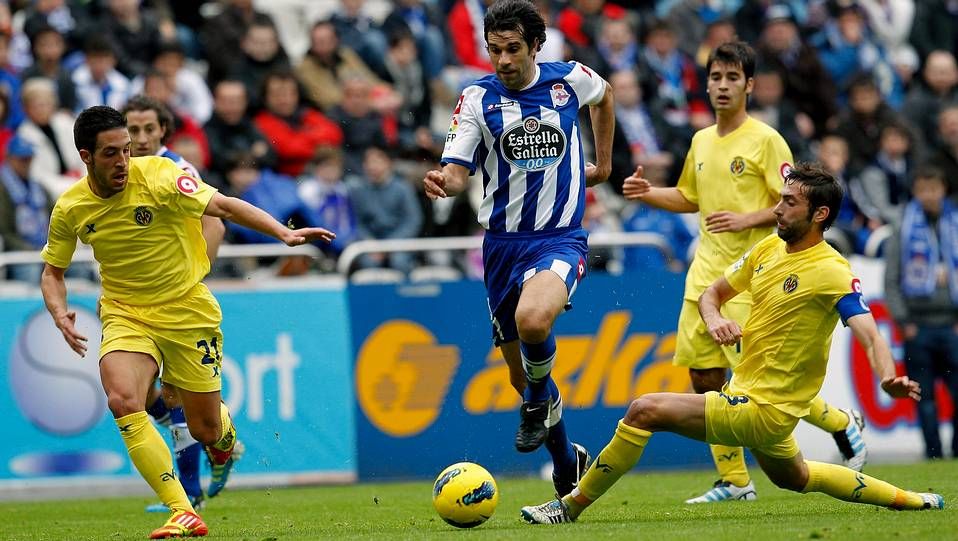 With the last weekend of La Liga football upon us, this weekend will do a lot of deciding. While hosts Deportivo la Coruna are down, Villarreal have European football to secure. Can they get a positive result at a downbeat and despondent Riazor Stadium?

Depor will be without one of their main players in Fabian Schar. Schar misses out with suspension, while his defensive partner Sidnei misses out with injury. Fernando Navarro and Raul Albentosa should fill in for the duo at the back. That should give Depor some semblance of stability, with both players committed and rugged defenders.

Emre Colak will miss out on what is likely to be his last game for the Galicians, too. Borja Valle should come back into the side. With just two wins in their last 21 games, though, Depor are on a terrible run and need something here to sign off with at least some form of positivity.

The away side can call again upon Antonio Rukavina, who was suspended for a while. He’s now back in the team, and should slot in at left full-back. Pablo Fornals is likely to play again, too, though we might see Dani Raba come in due to his intensity in the middle of the pitch.

With very little problems to pick from, with only Ramiro Guerra out, this should be a relatively easy one to call. For Villarreal, it’s all about securing the result that guarantees them European football once again.

We expect this to be a full-blooded encounter. The fact that Depor are playing for pride means they should shake off their shackles and play a bit. We expect to see a bit of fire in this match, with players on both sides playing for their long-term futures at either club.