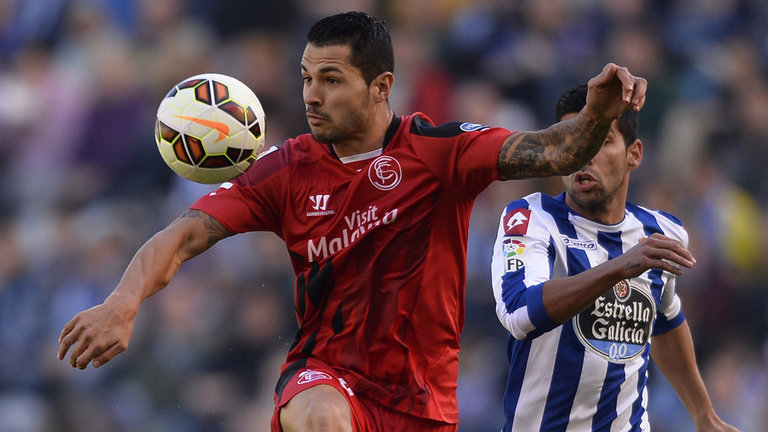 Can Sevilla keep up their incredible run of form after the international break against Deportivo?

Having been the most impressive side in the division for some, Sevilla are finally carving a name for themselves outside of Europa League winners. This year, they look set to take another step in their development. Consistency in the league not seen since the days of Juande Ramos and finally getting through to the knockout stages of the Champions League means that Sevilla have a swagger at the moment that shows they are a club 100% on-message with regards to their overall plan.

Deportivo, meanwhile, are on a terrible run. Having failed to win nine out of their last ten La Liga matches, they are in a rut. The only saving grace for the Galicians is likely to be that Sevilla are equally shaky on the road. In fact, they have won just one of their last 24 away games in the league!

However, the sides could not be on different trajectories. Deportivo are just above the relegation zone, with a mere 10 points from 11 games. Sevilla meanwhile are 4th, with 21 points from 11 games. The away side come into the game in far greater form, and with more goals in the team as well.

Indeed, Deportivo have only scored a miserly 8 goals in 11 matches – a showcase of how weak they are. Celso Borges, top scorer with a massive 2, is the danger man for the home side. They also have Ryan Babel, the ex-Liverpool winger who recently opened his La Liga account for the club.

Sevilla meanwhile have goals throughout their side. Already, the likes of Pablo Sarabia (3), Ben Yedder (3) and Vietto (4) are banging the goals in. in fact, throw that three together and Sevilla have more goals than their opponents on the 19th.

With more than double the goals as the home side, Sevilla know that they have this game by the scruff of the neck – most times. The only issue is that Sevilla have conceded 15, just one less than the relegation contenders. For a side that wants to compete at the highest level that is simply too porous. They let in too many goals at present to be anything more than a Champions League contender.

The attack, though, is likely to get the side more points than they would likely have bargained for. Sevilla are a side with an immense pedigree upfront and we expect that to shine through here. Whilst against stronger sides the lack of defensive discipline might be an issue later on in the season, at the moment it should not be too much of a major concern when it comes to games like this.

We’re calling this as a decent away win. Depor are struggling beyond belief and are unable to get themselves out of what is a rather extended funk. One win in six tells us the home side have far more problems than Sevilla do, and that’s likely to be extended next weekend.