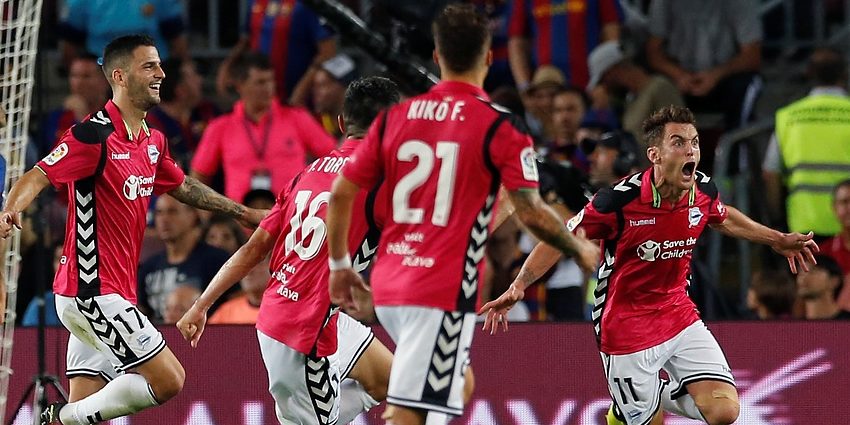 Having both suffered rather turbulent decades so far, Deportivo la Coruna and Deportivo Alaves come into this tie knowing that both could use some points on the board. The home side sit away down in 16th, with just one win in their last six matches. Alaves, 8 points ahead but only in 12th, have the same poor record. Both sides are in rather drastic runs of form, and know that they need a decent result to give themselves a chance of moving clear of the bottom spots.

Deportivo come into this game knowing that Luisinho is likely to drop out of the side after some challenging performances. Fernando Navarro is the most likely replacement, although neither off much to shout about at the back. Emre Colak, arguably the clubs’ best performer alongside Florin Andone up top this season, is likely to keep his place in the side in the #10 position. He scored an absolute belter against Athletic Bilbao, and should maintain his position after a strong performance.

Celso Borges should return to the side, too, another one of the more impressive performers for the home side this reason. It will be interesting to see who can get the most out of their teams though – as both sides are really lacking in form and confidence.

Alaves, though, are a bit better on the medical front. They are coming into the game with only Edgar Mendez, who has not impressed all season, missing out. Knowing that a win here would put them in a dominant position to avoid relegation trouble, Alaves should go full-strength here.

This means that first-pick centre-halves Victor Laguardia and Zouhair Feddal are likely to come back into the side. While Manu Garcia should return to his anchoring role in the midfield, it’s likely that the attacking options will be slightly more blunted. Mendez as mentioned will miss out, so it’s likely that we’ll see the lacking Gaizka Toquero continue. A great performer in the past for Athletic Bilbao, the hard working forward lacks the quality needed these days but can offer a good running outlet away from home.

In truth, this match has 1-1 written all over it. Alaves went to the cleaners last weekend as Barcelona dismissed them 6-0, but have just one loss away from home in six. Deportivo are a shattered looking side, but have a strong home record (one loss in six, too) so this could prove to be a stalemate.

1-1, with neither side really benefiting from what would be a frustrating point.