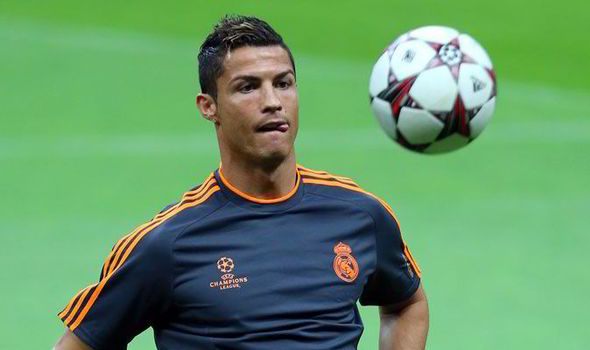 Cristiano Ronaldo is winding down with his family in Ibiza, resting the knee injury that forced him tearfully from the pitch during Portugal’s dramatic Euro 2016 victoryover France in Paris.

A different side of Ronaldo, the cheerleader, was exposed during the final at the Stade de France after he couldn’t recover from an early collision with Dimitri Payet and was taken off on a stretcher in the 25th minute.

With his knee heavily strapped, the 31-year-old barked orders and encouragement from the sideline before Eder’s impressive long range drive snatched victory for the underdogs.

How long Real Madrid’s spearhead will be out of action is yet to be determined, but in a positive sign for the Spanish giants Ronaldo was relaxing on a superyacht – which costs £40,000-a-week to charter – off the popular holiday spot without any strapping or brace on his knee. Ronaldo’s injury drama extended to his family, with his sister Katia Aveiro comparing it to the crucifixion of Jesus Christ.

She wrote on Instagram, she said: “These tears I cried for my wounded brother were like daggers to the heart, and we all cried with him for the awful pain we had together.

“But God is great and just as our saviour Jesus Christ suffered on the cross for a better world for us, Cristiano cried in the pain of not being able to help his teammates and his beloved people.

“God is just and they deservedly lifted the trophy, and fulfilled the dream; we are champions.”

Ronaldo made no bones about what the victory in Paris, his first major international trophy, meant: “No one believed in us,” he said. “I had already won everything with clubs. I lacked something with the national team. Portugal have deserved this after many years of sacrifice.

“It was not the final I wanted, but I am very happy. It is a trophy for all the Portuguese, for all immigrants, all the people who believed in us, so I am very happy and very proud.”