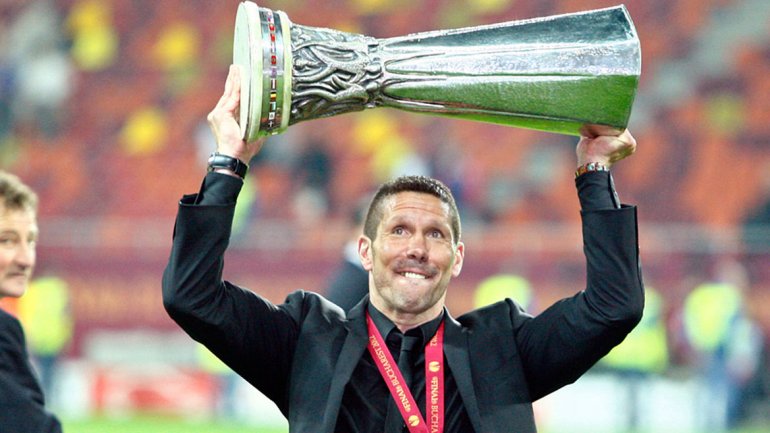 Cholo Sticking Around After All?

Recently, we spoke of the likelihood that Diego Simeone, the Atletico de Madrid manager, would be on his way out of the club this summer – at the latest, next. Rumours were flying around that the Argentine would be making his way to Serie A, where he would be joining the Suning-funded Internazionale project. Now, though, this appears to be off the table as Simeone was far more open about the chances of staying at Madrid.

However, this might be a way to get people onside once again. Surprisingly, the season so far has been quite an unsuccessful one for Atleti, and as Simeone made eyes at other clubs it was beginning to annoy some fans. This looks to have been abated, though, as he re-affirmed his commitment to the club he is most well-recognized for representing.

It all stems from his decision recently to knock off two years of his club contract, down from 2020 to 2018. This looked like a clear intention that he would move, free from the constraints of compensation, in the summer of 2018 if not beforehand. However, Miguel Angel Gil Marin, the president of the club, was far more open about the prospect of Cholo sticking around.

Speaking to La Sexta, a Spanish TV channel, Marin said that he would be with Atletico “this season and the next for sure.”

Since he arrived in the capital, Simeone took an anaemic Atletico side to the UEFA Cup/Europe League, the Copa del Rey – ending the famous hoodoo against local rivals Real Madrid at the same time – and also the La Liga title with a famous draw at the Nou Camp on the final day of the season.

As the winter break dawns over Spanish football, it will be interesting to see if there is much action from the red and whites this winter. The squad has struggled so far, sitting 6th in a ‘three horse race’ and is therefore struggling to match the expectation that Simeone had put in place over the last few years.

However, with it appearing that he’s not going anywhere, it adds a galvanizing effect to the club. His constant backdrop of potentially moving on made it hard for the club to feel settled, and that is unlikely to have subsided until a decision was made one way or another. Now, the second half of the season can be enjoyed, rather than feared, for Atletico fans.