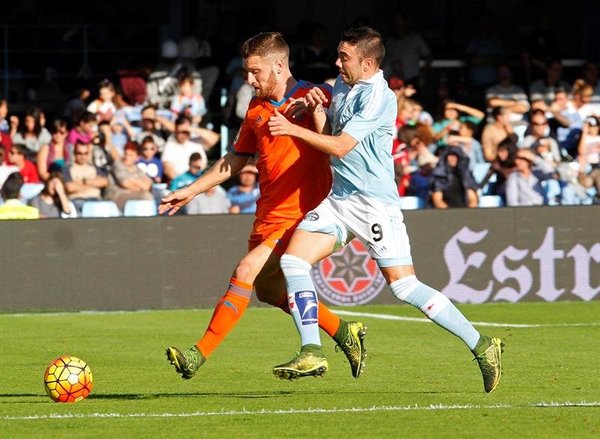 At the start of the season, many might have expected Celta Vigo to be challenging for Europe and Valencia to be struggling. However, the home side have struggled post-Eduardo Berizzo. Meanwhile, Los Che look set for UEFA Champions League football once again.

The loss of Jonny, Iago Aspas and Pablo Hernandez will naturally have a negative impact on Celta. Jonny dropping out is a major blow, as he’s a key part of the way they play. His replacement, Facundo Roncaglia, could step in at left-back where he usually does an admirable, if unspectacular, job.

Midfield will likely see Stanislav Lobotka and Nemanja Radoja paired in the middle of the park. They offer solidity and zeal, which will be needed to combat a rampant Valencia side. The loss of Iago Aspas, though, is sure to be a major blow in the Galicians hope of getting 3-points here.

Los Che, meanwhile, come into this one with a few issues of their own. Francis Coquelin is out for the medium-term. Meanwhile, Daniel Parejo and Jose Gaya both miss out this weekend with suspension. Toni Lato is likely to come in for Gaya at left-back, while Nemanja Maksimovic will likely get another chance to show he can be a good rotation option for Valencia next year.

Geoffrey Kondogbia, though, is back from suspension alongside Gabriel Paulista. That should be a key boost for Valencia, who were beginning to look a little light on proven numbers.

How Roncaglia and his assistant Pione Sisto deal with Carlos Soler and Ruben Vezo on the right-hand side will be very important. If they can keep the creative Soler busy, they should be able to get at Vezo who is never a full-back. Otherwise, it’s hard to see Valencia slipping up.