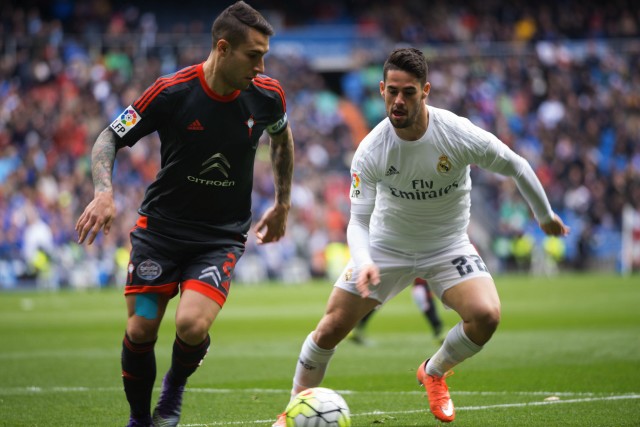 Going into this season, many fans of Celta de Vigo were likely hoping to see even more improvement. Last year was one of improvement for the club, seeing a continual upward curve continue across the Galician side. For some time now, they’ve been far better than more illustrious rivals Deportivo la Coruna, and this season it was hoped that this positive run of form could be continued.

Going into this weekend’s game against Real Betis, though, Vigo probably aren’t too happy. They currently sit 9th in La Liga on 20 points, having won 6 and drawn 5. Their goals record of 21 scored, 23 conceded is also likely to be a mild cause for concern for the club, too. Talented forwards like Iago Aspas and John Guidetti means the club has firepower, but it’s the overall position of the team that must frustrate.

Aspas has 7 goals so far this reason, an impressive number and one of the main reasons why the away side on Sunday can have a chunk of confidence behind themselves.

Vigo came away from a tough game at home to Grenada recently, where they won 3-1 and got over two frustrating games beforehand at home and abroad. However, they still feel a little weak in comparison to the bustling unit they were last season, even with the performances of the likes of Hugo Mallo and Facundo Roncaglia.

The opposition this weekend, home side Real Betis, are in worse shape. They sit 14th in the league, having only scored 14 goals in 13 games. This does not bode well for the club, especially since they have already swapped managers once this season.

They feel uncomfortable to watch and if you removed Ruben Castro and Joaquin from this side, they would immediately feel like one of the more laborious in the division. Given that one of the most talented performers in the side is Antonio Adan, the goalkeeper, it’s easy to see that Betis are not a side that carry a wealth of talent.

They rely on the experience of the two aforementioned stars, while hoping Adan can keep it light at the back. With 25 conceded already, it’s not a plan that appears to be working. The home again at the weekend against Vigo is a bit of a must-win already, as the club finds itself on a tough run.

Betis, if they can score first, are good at holding onto leads. The only issue is that they rarely actually get into that position. In fact, most of the time they can feel a little bare and blunt – lacking in all of the right areas. Betis are an aggressive side but they seem to lack the cutting edge to go with that aggression – most of the time it all feels a little misplaced, wasted.

We reckon this weekend that will continue to be the same as before. Betis suffer when they don’t take chances, and they face a side which are a fair bit more clinical. For that reason alone, we expect that a Betis loss is on the cards – and another extended slump in form to follow. Vigo should be OK, but we worry for Betis.