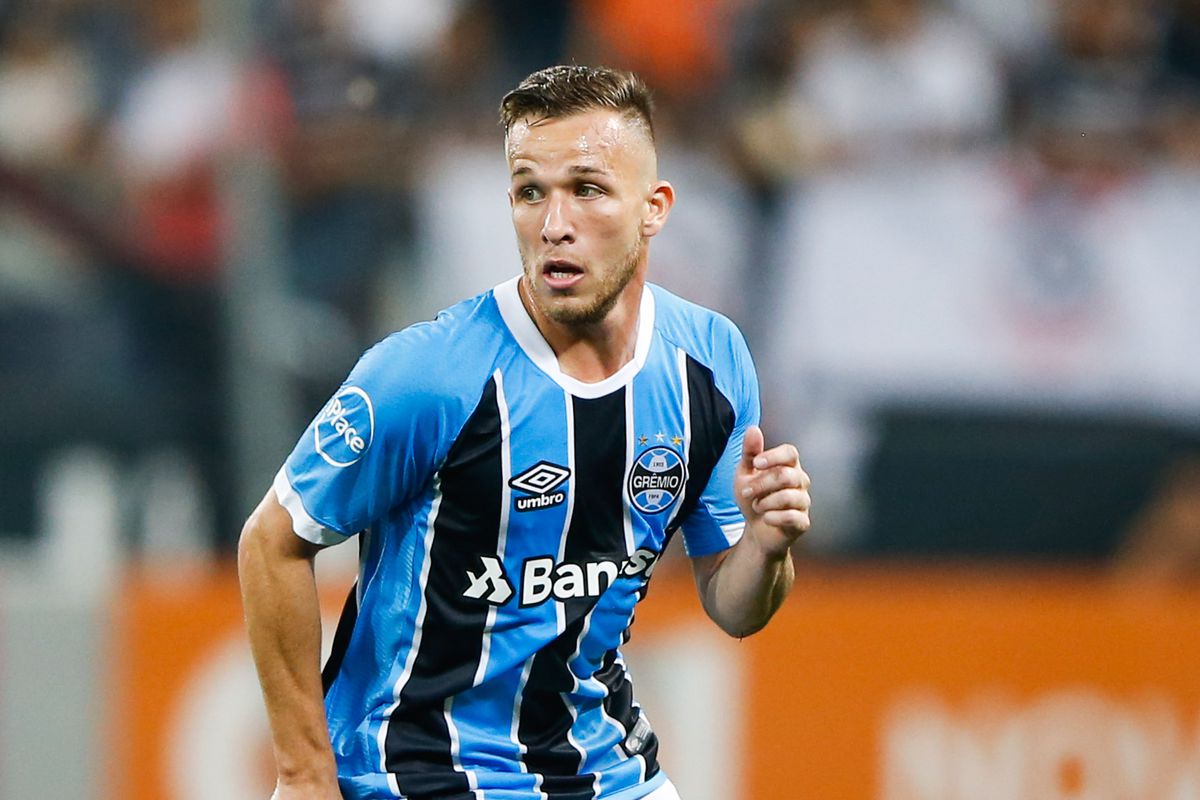 There have been signings in the transfer window that made a bigger splash. But there have been few with the potential long-term importance of the move of midfielder Arthur from Gremio in his native Brazil to Barcelona. This could be fundamental for club and country.

At Barcelona the era of Xavi and Iniesta has now come to an end. For season after season the two little midfielders set the tone for the side, dictating the rhythm of play, establishing the Barcelona identity. Now both have gone. Someone has to step up, and the club hope it can be the young Brazilian, who turned 22 at the weekend.

Xavi has already given his blessing, declaring that Arthur has the DNA of Barcelona in his playing style. It is a comparison that surfaced early last year, soon after he won a place in the starting line-up of Gremio, in the southern Brazilian city of Porto Alegre. With his wonderful balance, his capacity to receive and pass the ball in a complete arc of 360 degrees, the way that he kept possession ticking over, and his skipping forward runs, committing rival defenders and then playing them out of the game – with all of this, he looked like a product of Barcelona’s La Masia academy.

And if this is exactly what Barcelona are looking for, the same surely applies to the Brazil national team. In a World Cup of Paul Pogba, Luca Modric and Kevin De Bruyne, Brazil were let down by their lack of outstanding box-to-box midfield talent. An attempt was made to shoehorn Arthur’s new team-mate, Phillippe Coutinho, into a deeper role. There were some fine moments, but in retrospect this was not a success. The physical demands of the role appeared to demand too much of Coutinho, who faded during the tournament. By the knockout games he was neither defending efficiently nor making a consistent attacking contribution. He is surely much more of a support striker than a genuine midfielder.

Arthur, then, is a player who could solve a problem for both Brazil and Barcelona. First, though, he has to live up to the expectations – which may not be straightforward.

These days, domestic Brazilian football lags badly behind Europe not only in its lack of individual quality, due to the fact the best players are sold abroad at an ever earlier age. But there is also a tactical question. In Brazil the defensive lines tend to lie very deep. In consequence there are huge spaces between the lines of the team, and plenty of time for a midfielder to pick his option. Top class European football is much more compact, and played with far greater intensity. The midfielder needs to have an idea of what he is going to do with the ball before he gains possession.

Recently, some highly-rated Brazilian central midfielders have struggled to adapt to the European reality. The leading example would be Lucas Silva, who joined Real Madrid at the start of 2015. He had been a key figure in consecutive Brazilian league wins for Cruzeiro, and with his ability to pass from deep, there was the hope that he might grow into a Xabi Alonso type figure. But Real got nothing out of him, and he made little impression when loaned out to Marseille. He is currently back with Cruzeiro.

Walace, the central midfielder in Brazil’s 2016 Olympic gold medal side, endured a torrid time at Hamburg. Thiago Maia, also from that squad, has so far failed to live up to the hype with Lille.

So will it be a different story with Arthur? The early signs are good. He made a sound start on Sunday, celebrating his birthday with good performance in the 2-1 Super Cup win over Sevilla. He was withdrawn early in the second half, but local paper Sport had seen enough to give him a rave review.

“With the ball at his feet something is always happening,” they wrote. “He knows very well how to adjust to the rhythm of the game, and it looks as if he has spent his entire life playing for Barca.”

If Arthur can maintain this level of praise throughout the season, then both his club and country can celebrate the arrival of a star.