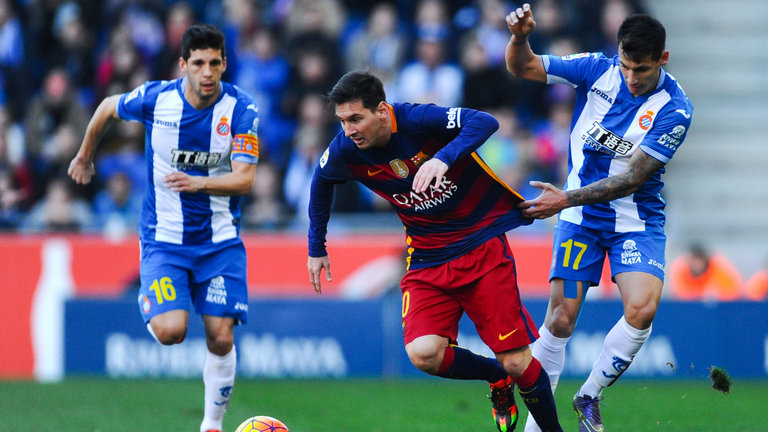 After what has been one of the most trying times in recent memory for FC Barcelona, a home derby against their subjugated rivals, Espanyol, is just what they need. Never able to escape the shadow of their dominating neighbours, Espanyol arrive at the Camp Nou knowing they have a very poor record in the derby – 1 win in their last 6 – and with a mediocre start to the season, that isn’t likely to change.

We expect that new signing Ousmane Dembele will be part of the squad for the first time, alongside the magically recovered Luis Suarez. His comical forced-own-goal in the international window will have helped his freshness, meaning Barcelona should feel comfortable in their new trident to win the game for them.

The return of the likes of Sergi Roberto and Iniesta should help, too, as the team began to feel a touch too direct in recent times. New coach Ernesto Valverde should help with that, and his ball-playing midfield should ensure that Barcelona dictate possession. Espanyol surely will look to just frustrate their rivals in a bid to make the game more to their liking; scrappy.

We expect this match to be rather cathartic for FC Barcelona. They have looked unlike their usual selves recently, but with 13 home wins on the spin and a return of confidence to some players after a good international break that could soon change.

Espanyol have 1 point from their first 6 in the season and look rather anaemic on the ball. Their lack of character is contrasted by the effervescent nature of Barca, and we expect that to shine through as the game starts. We don’t expect anything here other than a bruising loss for the away side; they lack the character to keep it 0-0, or the imagination to score, based on recent showings.