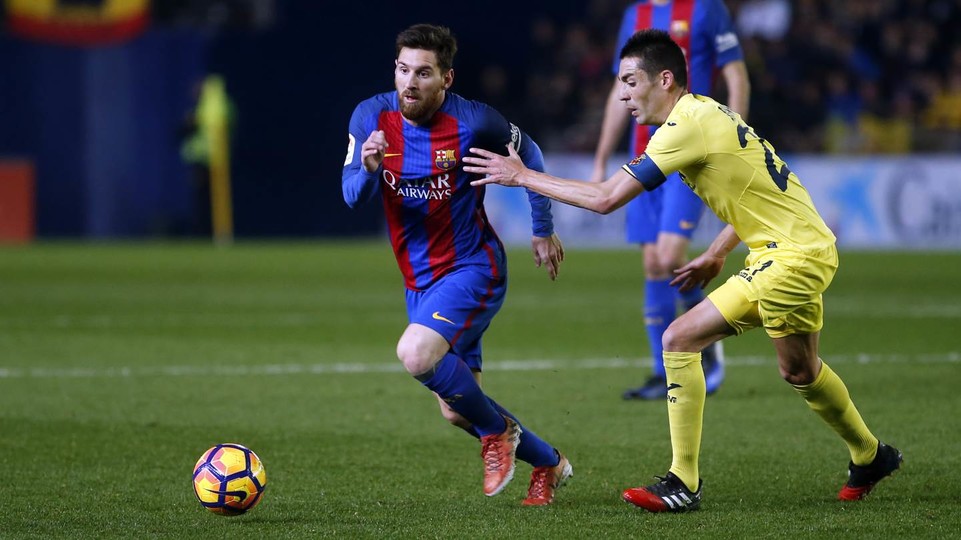 If you just so happen to be sitting with a friend this weekend who does not watch football, stick this game on. A match between Barcelona and Villarreal is a hugely satisfying opportunity to try and show someone else why we all love the beautiful game so. With 1st vs 5th, we have an excellent match on our hands. 18 points might separate the sides, but Villarreal really should have been competing higher up the league, such is the quality of performances if not results.

While coming up against the Suarez – Neymar – Messi trident means just about every club is going to struggle, Villarreal have firepower of their own. The likes of Cedric Bakambu, Robert Soriano and Nicola Sansone have been reliable goalscorers for the club as the season has carried on. With talents such as Mario, Mateo Musacchio and Juame Costa in the side, too, they should arrive at the Camp Nou feeling pretty confident about their chances.

Besides, they also know that they hold the chance to be the party-poopers: anything but a Barcelona win hands Real Madrid the title, really. With goals in their side and an ambitious play-style that should put the frighteners into Barcelona, this promises to be an absorbing game of football with plenty of goals waiting for the eager viewer.

With Costa and Musacchio back in the team after time out, too, Villarreal can finally start feeling full belief in their defence once again. Returning from suspension at this point, the excellent Musacchio could be the difference maker. Rodri is likely to return in the middle of the parka as Bruno is going to miss out once again. Samu Castillejo has fallen out of form in recent weeks, though, and we should see the other Soriano take his place.

For the home side, the return of Andres Iniesta is always a bonus, as is the return of the likes of Andre Gomes. The former Valencia has struggled in his first season in Barcelona, but there is no reason why he cannot find his best form once again – starting this weekend, if he plays.

However, Barcelona – with 10 wins out of 10 at home – should feel confident about this one. The team are in strong form, and they have the ability to do a major amount of damage to any side they face. This promises to be an excellent match, but we could see it being a bit of a route if Barcelona score first.

If they don’t ,though, expect a tough game that will see Barcelona win – just.