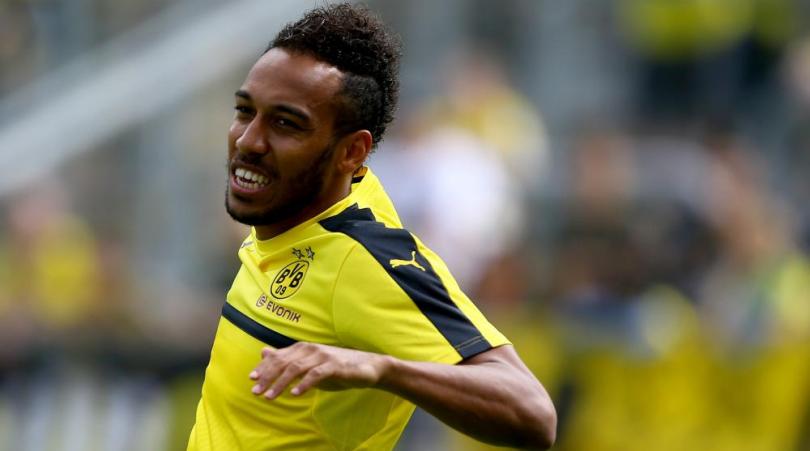 Aubameyang: I will only leave Dortmund for Real Madrid

Despite links with Atletico Madrid and Manchester City, Pierre-Emerick Aubameyang says only Real Madrid could tempt him.

Pierre-Emerick Aubameyang claims playing for Real Madrid is his “main goal” and that the European champions are the only club that could persuade him to leave Borussia Dortmund.

The Gabon international stated in an interview last year that he had made a promise to his grandfather that he would one day play for Madrid.

Reports have linked the forward, who scored 39 goals for Dortmund last season, with a big-money transfer to Manchester City or Atletico Madrid before the start of next term.

But Aubameyang has reiterated that only Zinedine Zidane’s side could tempt him away from Signal Iduna Park.

“This year, no,” he told ZDF when asked about a possible move.

“But the only club I would leave Dortmund for are Real Madrid. If they don’t come calling, I don’t leave.

“My grandfather, the dad of my mum, always wished that I would play in Spain. Two years ago, when he died, I promised him that someday I will play for Real – and I work hard to reach that goal.

Aubameyang, who was on target in the 4-1 win over Manchester United in the International Champions Cup on Friday, has been joined at Dortmund by rising French star Ousmane Dembele.

And head coach Thomas Tuchel believes the 27-year-old could be the perfect mentor for the former Rennes teenager.

Tuchel said: “Because of his perfect French, Auba is the perfect integrative figure for Ousmane Dembele.

“I think that Auba is adult enough to play a role like this.”