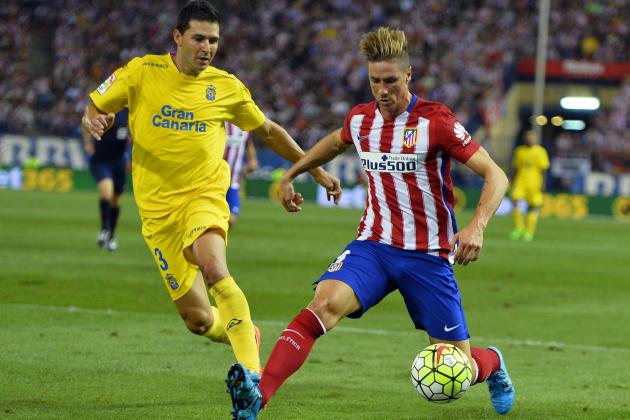 It wasn’t supposed to be this way. In what many presume will be the last season of Atletico Madrid coach Diego Simeone, the club has hit a massive bad patch. 3-0 losers against a rampant Villarreal on Monday, Atletico have watched a season full of promise begin to ebb and melt away.

At the moment, there’s not even the guarantee of Champions League football next season. The generous draw of Bayer Leverkusen in the Champions League, too, also makes it likely that Atleti will begin to concentrate more on their European ambitions instead of chasing what is surely a dead dream of the league title.

It’s a sorry state of affairs, and with a good Las Palmas side – just 4 points behind in 10th – next, Atletico need to be careful. Las Palmas have been a bit of a surprise package this year, making impressive headway into their La Liga season. While the likes of Mauricio Lemos, linked with Barcelona in the summer, are struggling this year, others are impressing.

They do, though, come up against a struggling Atletico that still manage to get results at home. Unbeaten in 23 out of their last 24 home games, Madrid come into this one knowing that the least they are playing a team who cannot win away. With no wins in their last six away days, Las Palmas have a hoodoo away from their home round.

Atletico, however, are down in numbers and in quality. Antoine Griezmann, clearly in need of a rest, is out of form. Angel Correa has been horrible in recent weeks and his sending off on Monday means he misses out here, too. Yannick Carrasco as well as Saul Niguez should be back in the team. Jan Oblak, though, is out for the long-term and the fantastic young keeper will not be seen again for some time. Miguel Moya is likely to come in as his replacement.

The defence, too, is a shambles. Jose Gimenez, barely in the team these days, joins Oblak and Felipe Luiz on the side-lines. Stefan Savic, a good player but one wholly unsuited to Atletico given the panic-stricken state he leaves the defence in, is likely to start as well.

If anything will give hope to the away side, it’s a shocking defence and finding their opposition in arguably the worst form they’ve been in since Cholo returned to his spiritual home.

With talk of Internazionale snapping him up and bringing him back to another club he loved, Simeone knows that the future does not involved Atletico for too much longer. Another loss here would go a long way to pushing him even closer to the exit.

Atletico, winless in three, come up against a team who have drawn their last three. Something, though, has to change; we’re going to go for a light Atletico win – 2-1 for the home side, but only just.