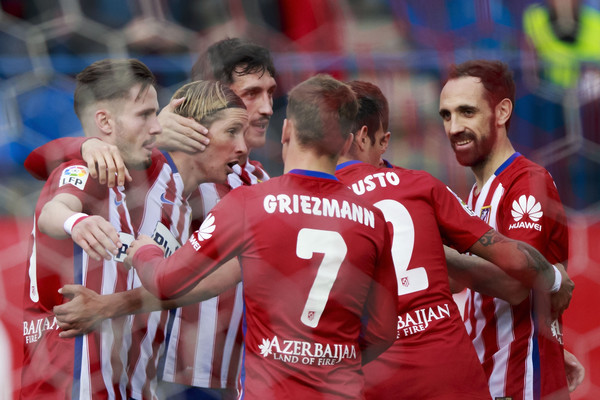 Having drawn in midweek to exit the Copa del Rey, and knowing that the league title is a pipe dream, the wheels are coming off a little at the Vicente Calderon. The previously untouchable Cholo Simeone is coming under some scrutiny as it feels like he’s taken the team as far as he can go.

However, with a commitment to stick around until they move stadiums, the hope is that the remainder of the season can be used to make sure they at least finish in the Champions League placings and can make sure they retain their quality.

Coming into this weekend, Atletico need to win but they know they are up against a good Celta de Vigo side; the same side who knocked out Real Madrid from the cup. Sitting down in 10th, the quality of Celta should really result in a higher league position. This means that there is a lot of thinking and tinkering to be done by Simeone as he takes on a side in a false position in the table.

Atletico are down in 4th – poor for their immensely high standards – with a 9-point gap over their visitors. Lose, though, and that gap begins to close a little too much for the liking of some. Celta are a Jekyll and Hyde team, though; they have won 3 and lost 3 of their last 6. Atletico are uneaten in a similar stretch of time, with some decent results recently only obscured by some very frustrating draws.

One big difference is at the back. Atletico have scored 36 goals in the league, Vigo have 31. However, Atletico have conceded just 16 while Vigo have let in 33; that shows you where the likelihood of a victory is going to come from.

We are backing this to be a home win with a few goals in this one. Atletico are staunch at the back yet face an uncompromising foe who love to score goals. With Iago Aspas having scored 11 so far, it’s likely that Celta could put the home side under a good bit of pressure.

However, they carry goals across the team and we think that the home side will come out of this with a decent result. We are going to call this as a 2-1 win for the home side, with their ability to withstand pressure making them a good bet. They have two fronts to fight or, and this game should be the beginning of their cementing of a Champions League spot.