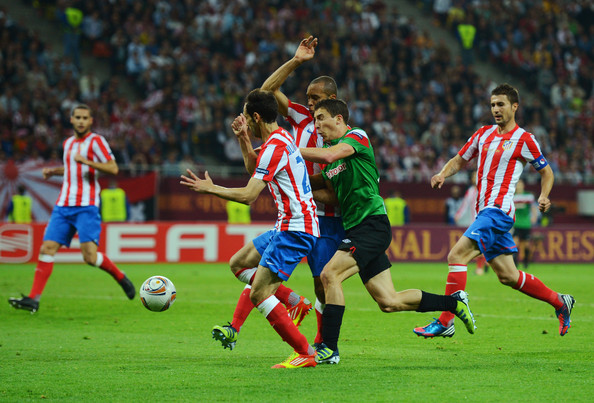 On the final La Liga weekend, we’re expecting to see one half of Madrid celebrating a league title – for this game, though, the spectacle could be quite dull. Instead, the game to watch this weekend is going to be Atletico Madrid against Athletic Bilbao. Two of Spain’s most coveted and revered clubs facing off, in what could be the final match for both managers who are loved with major affection from the supporters? What better game is there to watch?

While Real Madrid will likely wrap up the title against Malaga, Atletico know that they want to sign off from the Vicente Calderon with one final win. As this game marks the end of an incredible stadiums lifespan before the big move, it’s vital for the home fans – and for the emotional Simeone – that they sign off with a win. Against a solid opponent, though, who could finalize the gap between both clubs to just 9 points with a win, there is a lot of work to be done.

The likes of Raul Garcia, a former Atleti player, and Artiz Aduriz have been in fine form this year. With Iker Muniain and Inaki Williams on the flanks, too, there is a lot of attacking talent in the away side. Atletico, though, can boast three players on double figures in La Liga and thus can come into this game feeling pretty confident of a win.

With the likes of Jose Gimenez, Filipe Luis and Diego Godin all missing out alongside Juanfran and Sime Vrsaljko, though, there’s going to be a lot of change at the back for the home side. With only Inaki Williams even slightly doubtful for the away team alongside Eneko Boveda, it’s easy to see why people are expecting big things from this match.

Atletico are solid at home, but their defence being so weak means we could see more goals than usual. The lack of pressure on the game, too, means that both sides can come in and just play with a bit of flair and fun. We expect an open game, more open than usual at the Calderon, with a win for the home side the most likely outcome.

This, though, could turn out to be one of the games of the weekend. It’s got everything riding on it that you need from an end of season game – an end of an era, with two great teams involved. Expect goals – and lots of them.