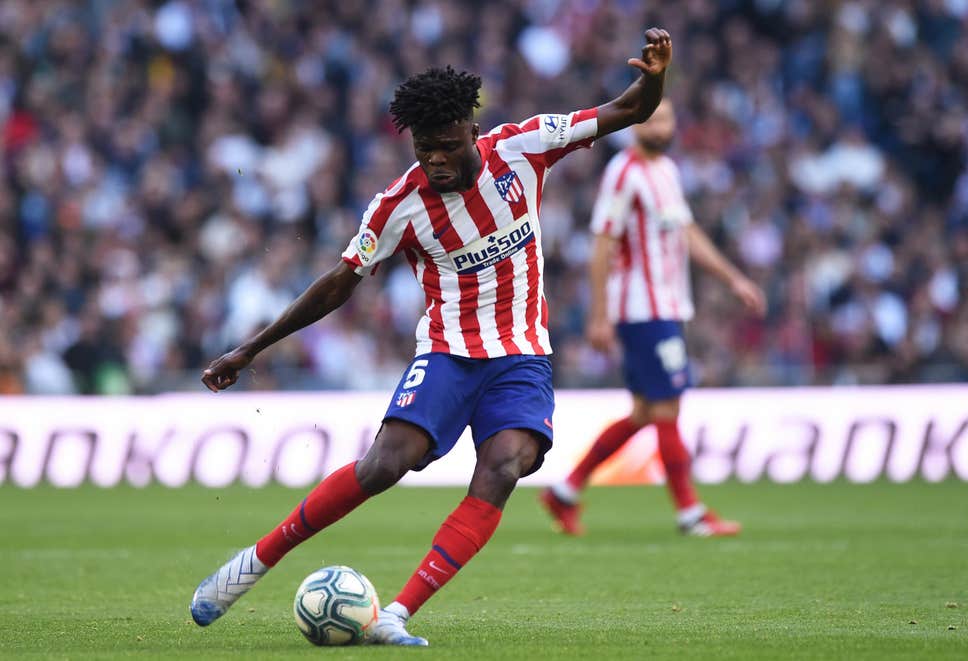 Go back to the Atletico Madrid-Liverpool tie in the UEFA Champions League, and picking a star performer would be tough. One player who stood out like a sore thumb, though, was Thomas Partey. The Ghana midfielder was a dominant force in the middle of the pitch, controlling the game and helping to really push Madrid up the pitch and onto their opponents.

He played a massive role in their eventual win at Anfield, resulting in the Spanish outfit progressing to the last eight. Ever since, talk of a move to England has been constant. Arsenal are being heavily linked, but one name who isn’t sure that Partey should move is former Sevilla and Tottenham Hotspur striker Frederic Kanoute. Kanoute believes that he should stay here he is, telling news outlet Goal: “There are a few exciting [African] players in LaLiga in my opinion,

“I really like Thomas [Partey] of Atletico Madrid. He’s a player who is going to keep improving, and there have even been rumours of him leaving to other clubs. We hope to keep him in LaLiga as long as possible.”

For many, the move would seem to be a sideways step. Arsenal are presently struggling to make a return to the UEFA Champions League, and like Atletico Madrid are a long way away from a league title push. Given his return to prominence in 2019-20, too, an exit might not seem as logical as it once did for Partey.